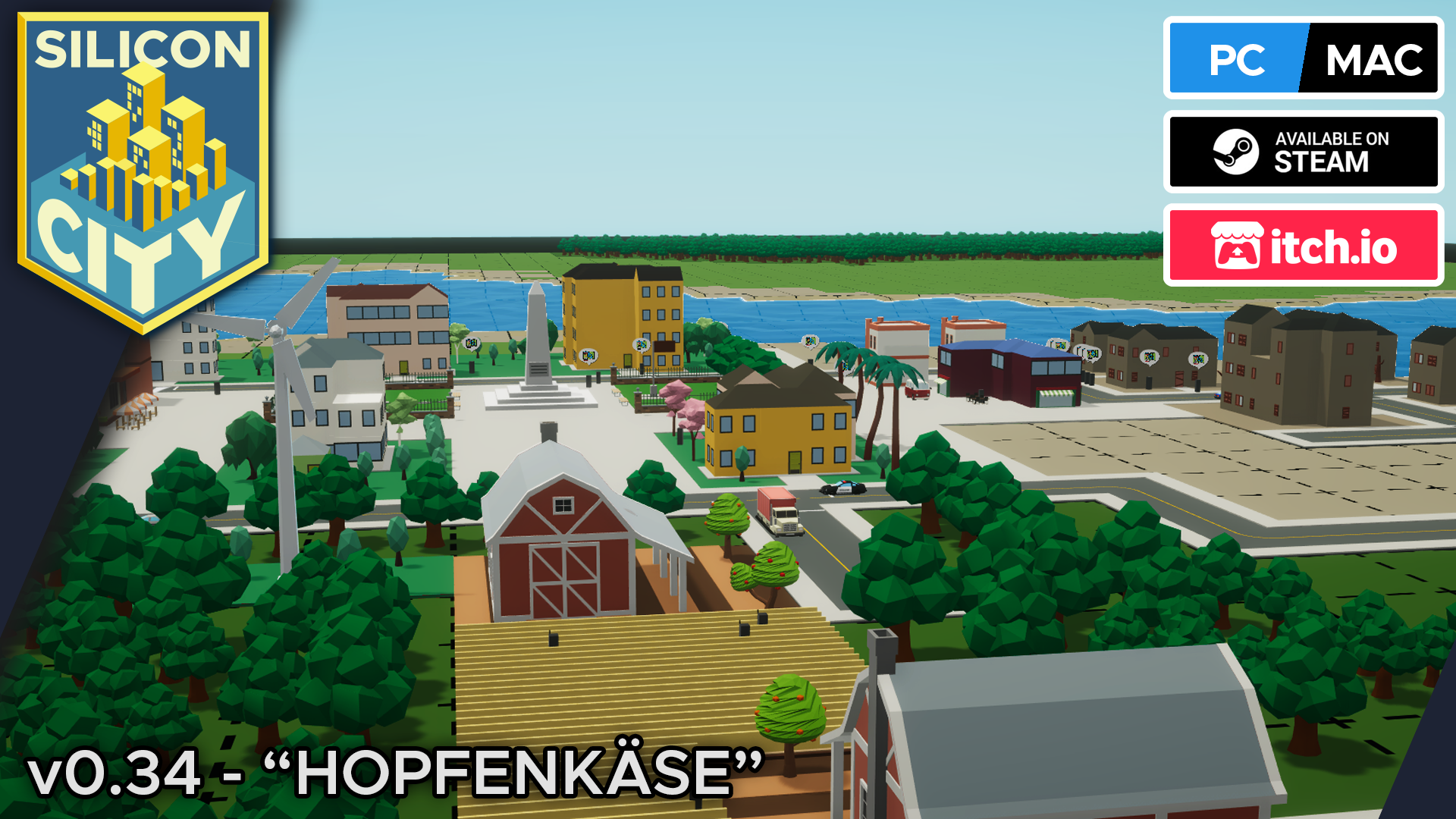 We just released a new update, Silicon City v0.34! Discover the new features of this last version since the early access one.

Due to bugs encountered recently by players, we were able to find a way to improve the energy distribution in Silicon City!

The small energy balls that can be seen sailing around the city in the energy view are now independent of the game speed. The consumption and production of energy of all the buildings is now consistant and avoids the slowdowns linked to a high game speed.

HOUSES ABANDONED BY THEIR INHABITANTS?

When a house or an apartment is no longer occupied by any silizen for a while, they become abandoned and need to be razed by the mayor in order to renew the residential area and avoid the negative effects of an abandoned building.

As a mayor you must ensure that the residences remain attractive to your citizens. If they become derelict, the surrounding area is probably not attractive enough.

THE AWARD OF THE MOST BEAUTIFUL GARDEN!

The houses of our dear silizens are embellished with new trees! The higher the land value, the more the variety of gardens will vary. Look at these apartments of the most beautiful effect!

To expand the possibilities of the city editor in sandbox mode, and to give you more opportunities to create the city of your dreams, we have added a terrain editor mode, giving you the possibility to change the type of soil.

Thanks to your feedbacks on our Discord server, we could make some nice fixes and upgrades as you suggested.